The OWASP Top 10 is a standard awareness document and is the closest approximation of a set of rules for how to build secure applications that the development and web application security community has. The list offers information about the ten most critical security risks for applications and represents a broad consensus on that point.

The risks listed on the OWASP Top 10 2020 are the exploits that hackers use most often and that cause the most damage. Businesses should start the process of ensuring that their web applications minimize these risks, since developers recognize the list as the first step toward creating more secure code.

OWASP stands for the Open Web Application Security Project, and the goal of this non-profit organization is to level up web application security for all developers and users. OWASP security controls are critical to the API security and application development communities. 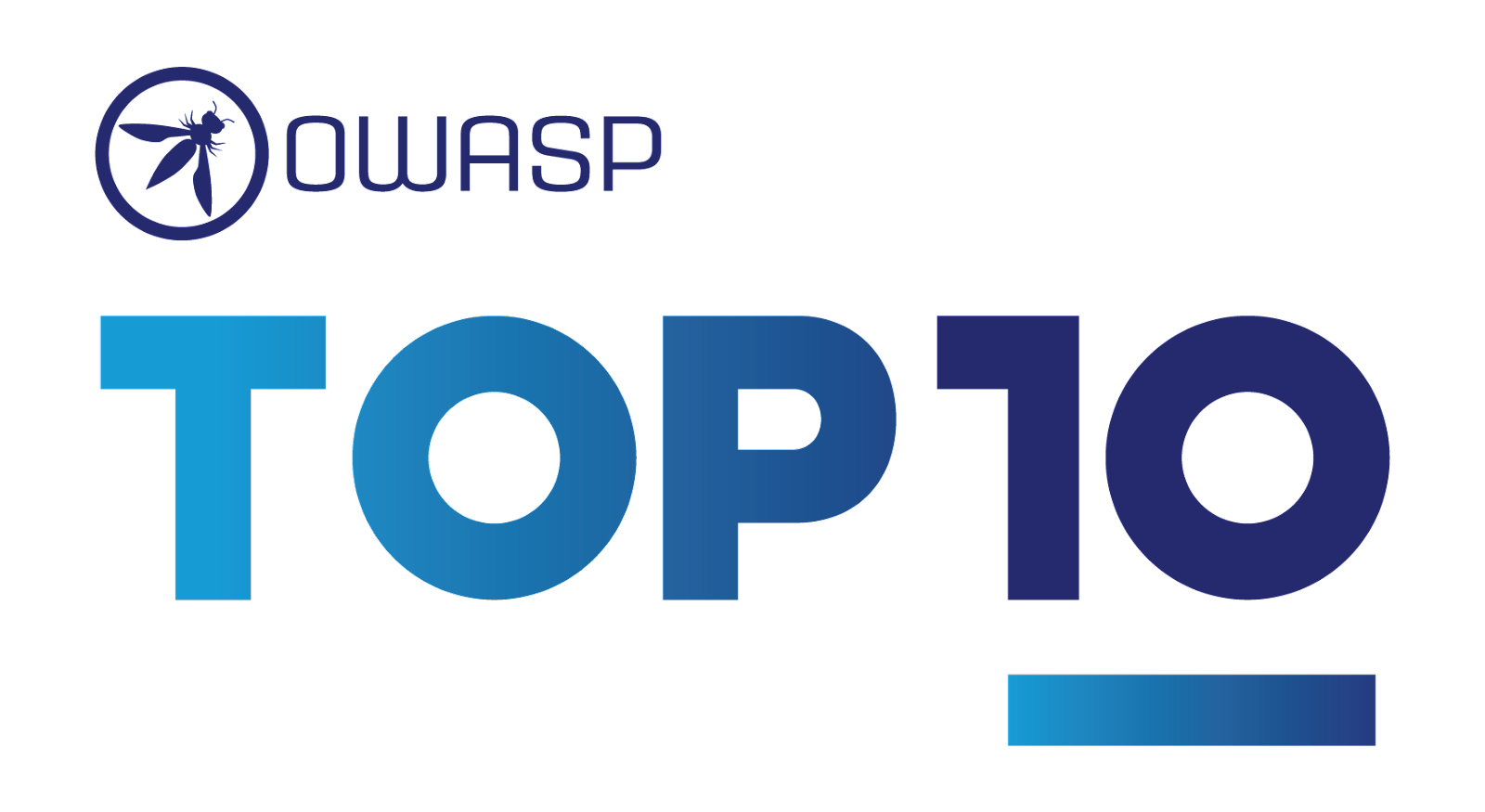 OWASP is important to web applications because beforehand, few educational resources on fighting cybersecurity vulnerabilities existed. Developers used their knowledge ad hoc to create applications and shared their experiences. However, no open-source initiative documented resources on common security problems, how hackers exploit them, how to address them at technical and code levels, and other general internet security threats.

Over time, members of the community have strengthened software encryption, protected their code from cybersecurity vulnerabilities, and reduced the number of bugs, defects, and security errors in their code with the help of the OWASP standards and the project.

OWASP Top 10 is a publicly shared list of what the Foundation considers the ten most critical web application security vulnerabilities in a standard awareness document for developers. According to OWASP, any weakness that could enable a bad actor to cause losses and harm to any stakeholder of an application, including users, is a security vulnerability.

Updated every few years, web application security experts from around the world work on the OWASP Top 10 list, which was just updated again in 2021. The last update of the OWASP Top 10 attack vectors was in 2017.

From 2017 to 2021, three new categories have been added, along with four existing categories getting naming and scoping updates, and consolidation.

The OWASP mobile top 10 list for applications is also under development.

What are the OWASP Top 10 Risks?

Over the past few years, the OWASP 10 has been updated several times. The OWASP Top 10 list for 2021 is the most data-driven version yet. Data from over 500,000 applications form the basis for this update—making it the largest application security data set.

There were also changes in ordering on the list. Broken Access Control leads the OWASP Top 10 list for 2021, listed at five in 2017. Fully 94 percent of tested applications had some form of Broken Access Control, more than any other category. Along these lines, Injection Flaws, formerly ranked first, has dropped to third, and Cross-Site Scripting, formerly listed at seven, has been included within Injection Flaws. 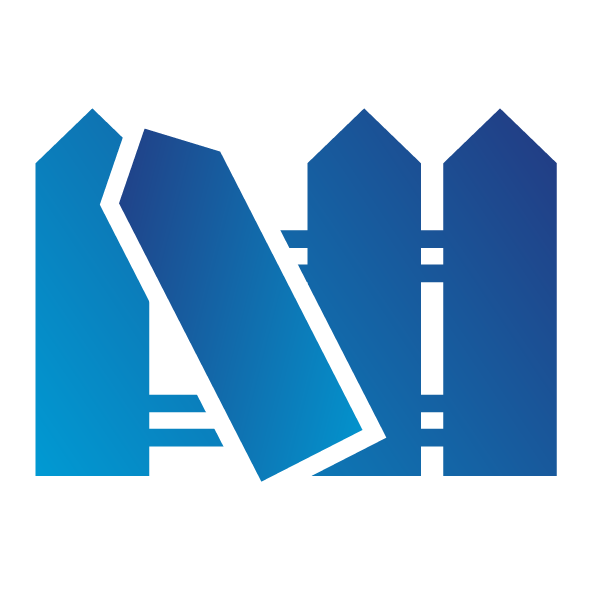 Access control refers to permission levels for authenticated users and enforcing related restrictions on actions outside those levels. When there is a failure to enforce those restrictions correctly, broken access control occurs, potentially allowing unauthorized access to sensitive information, and possibly causing its destruction, modification, or loss.

How to prevent broken access control? To be effective, implement access control in code on a serverless API or a trusted server. This reduces the opportunities for attackers to tamper with metadata or the access control check.

Other measures to try may include: 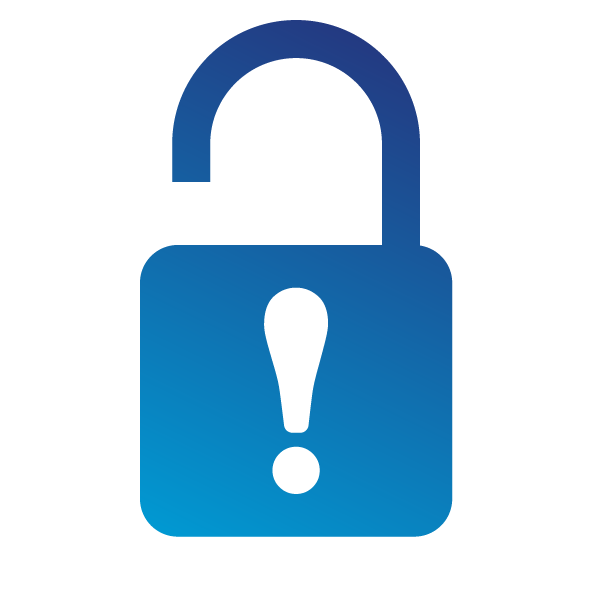 This type of cryptographic failure involves the secrecy and protection of data, both at rest and in transit. Such data generally include normal authentication details, such as passwords and usernames, as well as personally identifiable information (PII) such as financial details, personal information, business secrets, health records, and more.

These are some of the vulnerabilities that attackers can exploit to gain access to sensitive data.

How to prevent cryptographic failures?

According to OWASP, there are many proactive measures that companies and organizations can take to prevent cryptographic failures.

These OWASP data protection measures include: 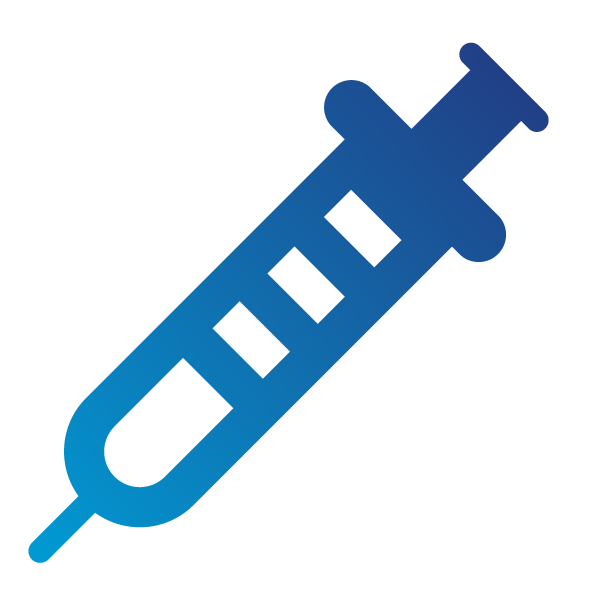 Several conditions can render an application vulnerable to an injection attack:

A successful injection attack allows an attacker to modify, view, or even delete data and potentially gain control of the server.

How to prevent an injection? Failing to keep data separate from queries and commands is the main vulnerability to an injection attack.

Prevent an injection as follows: 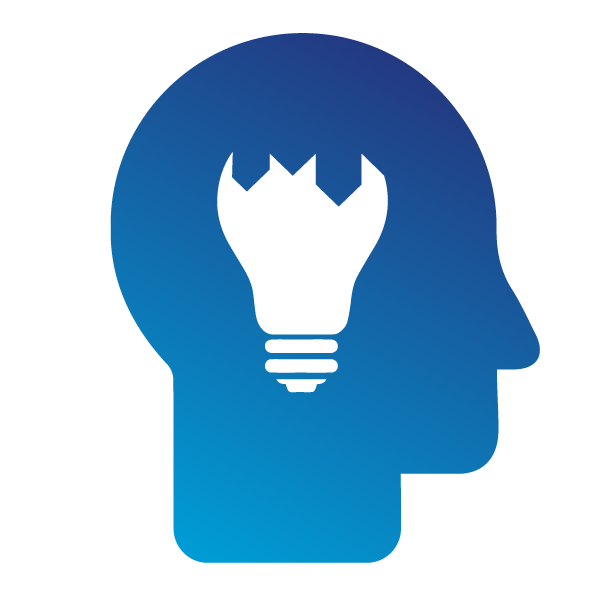 This new category emphasizes securing applications by integrating OWASP API security into software design early in the application development cycle to avoid risks from architecture and design flaws. Insecure design references a lack of business risk profiling and security controls in software development, which results in improper determination of the optimal degree of security design. Deficiencies in implementation are different from design insecurity, because an insecure design, even one that is well-implemented, remains vulnerable to attacks.

Common mitigation techniques for insecure design rely on baking application security into software development from the outset and on shift-left security. Development and security teams should start considering means of exploitation and how potential threat actors will attack as early as possible, and integrate OWASP threat modeling into development and planning processes to better prepare for all possible outcomes. 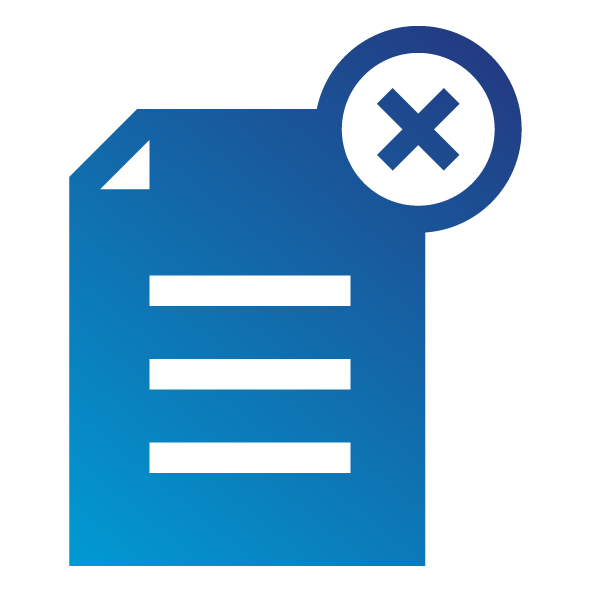 OWASP security misconfiguration refers to misconfigured or otherwise insecure security controls. The cause of this vulnerability is often one of the following issues: 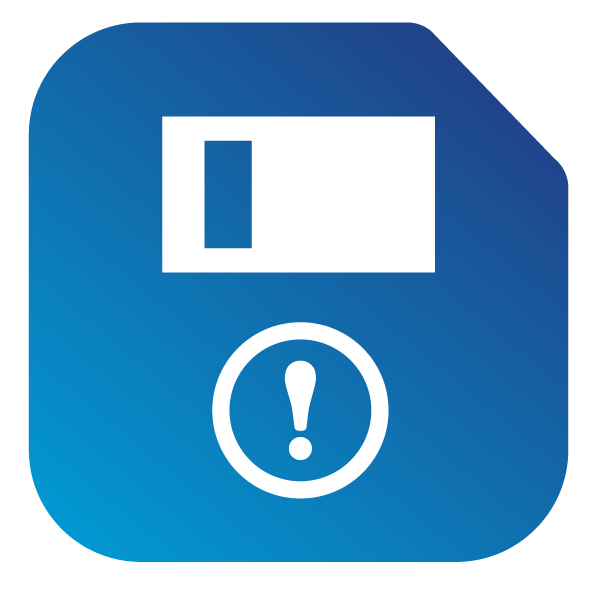 OWASP recommends users avoid risks associated with the use of vulnerable or outdated components in several ways: 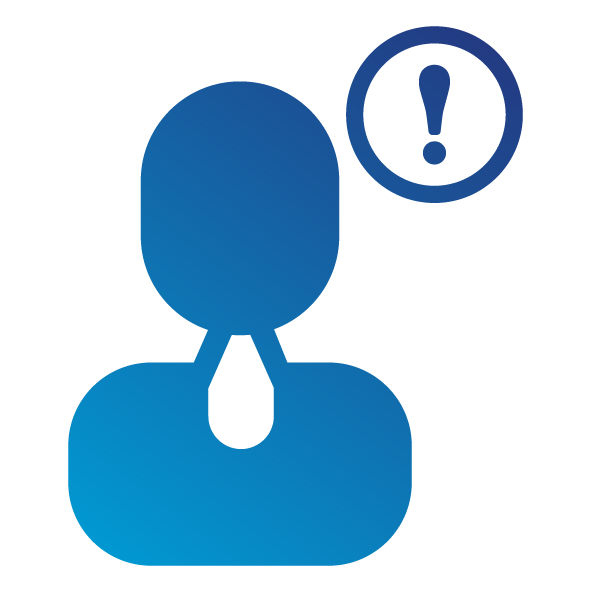 These vulnerabilities were formerly called “Broken Authentication.” OWASP broken authentication and session management flaws can arise under several circumstances for an application:

Prevent authentication and identification vulnerabilities with these measures suggested by OWASP: 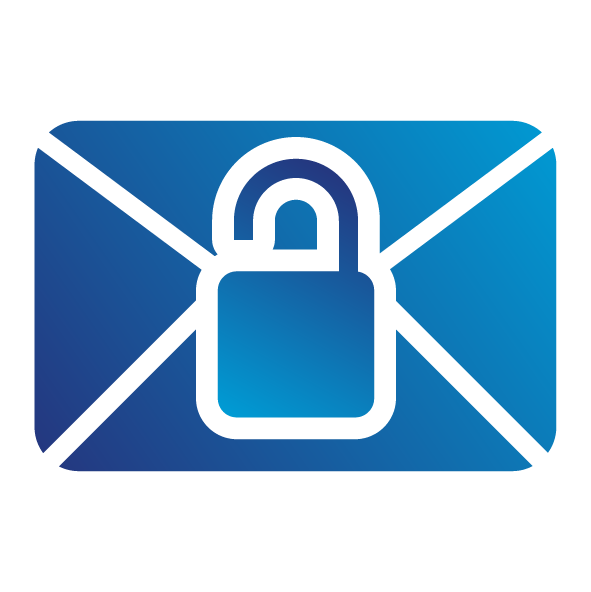 Another new 2021 category relates to security risks and vulnerabilities concerning unverified critical data, software updates, and CI/CD pipelines. For example, applications that rely on libraries, plugins, or modules from untrusted and unverified repositories, sources, or content delivery networks (CDNs) can experience this kind of failure.

Similarly, many applications have an auto-update functionality that does not include a thorough integrity check. This paves the way for updates from attackers that create vulnerabilities. This category also covers failures that arise from what was formerly called “Insecure Deserialization.” In this case, attackers find data or objects that are visible and modify them, causing them to run unsafe dependencies from public repositories which results in failures.

Clearly, including integrity checks every time dependencies are downloaded is a good step to take. Downloading from only trusted sources by using private registries is an option for some users. It’s also possible to expose security issues by scanning dependencies as part of the CI/CD pipeline before the final deployment.

In addition, OWASP recommends the following steps to protect against insecure deserialization: 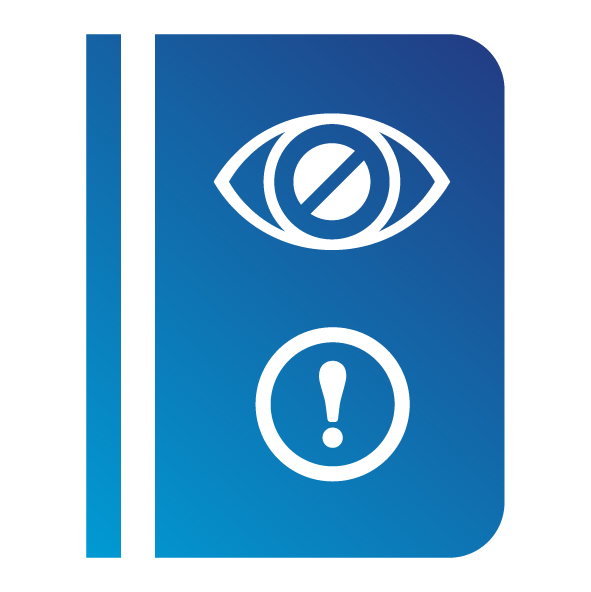 In 2017, this category was called “Insufficient Logging and Monitoring,” and now it includes more kinds of failures such as detection and operational response failures.

These failures occur when:

OWASP recommends that users prevent these failures by implementing some of these controls, depending on risk level: 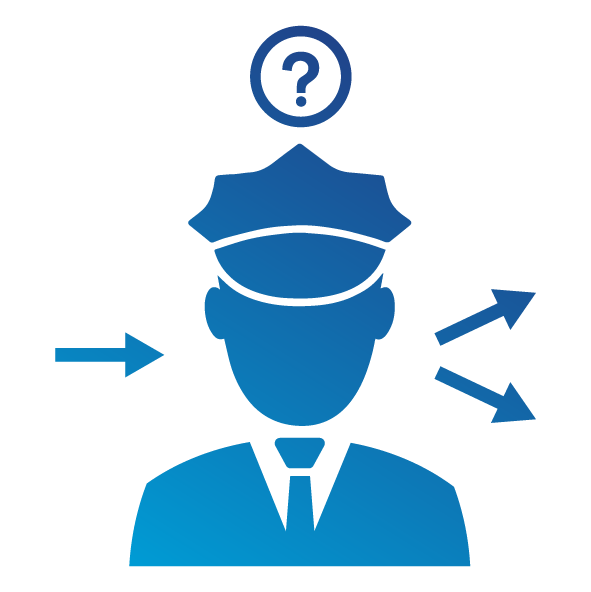 This new risk category focuses on server-side forgery attacks that force the server to issue forged HTTP requests on its behalf. These kinds of issues happen when a web application fetches remote resources without validating user-supplied URLs. Even if protected by a firewall, VPN, or some other type of network access control list (ACL), this failure allows attackers to force the application to send a forged request to an unexpected destination, increasing the chance of performing unintended actions or exposing sensitive information.

It is common for modern web applications to fetch URLs, increasing the chances of SSRF. When requests trigger server hooks or events that perform any data manipulation or exfiltration, this type of attack tends to happen. Added complexity from cloud services and complex architectures are also making problems from these attacks more severe.

To prevent server-side request forgery attacks, always maintain a whitelist of domains with strict verification defined with outbound firewall rules or SSL pinning. Any deviations from these patterns should be disallowed.

Prevention of SSRF at the network layer:

Prevention of SSRF at the application layer:

These changes to the OWASP Top Ten reflect trends in application security and development. As demand for high-quality products continues to grow, developers introduce more cloud-native technologies to hasten application development cycles, and it becomes even more critical to bake scalable security into the plan from the outset.

Andrew van der Stock,  Executive Director at OWASP, discusses the new OWASP Top Ten 2021, the methodology behind it, the categories, the data collection and analysis process and how to start an AppSec Program with the OWASP Top 10.

The OWASP Top 10 describes in detail the top ten security risks web applications, their developers, and users experience. Among the most appreciated and well-used resources the OWASP Foundation releases, the OWASP Top 10 provides information about the ten exploits that hackers use most often to cause the most damage. OWASP updates the list regularly to reflect the current state of web application security and sources most recommendations from CVEs and factual events referenced on the website.

Security teams find the list indispensable because it allows them to correlate their own security policies with real security events. For instance, they can compile an OWASP checklist after researching past incidents that they can use to assess preparation for similar future risks.

If the goal is developing secure code, the OWASP Top 10 is an excellent foundational resource. More than a list, the OWASP Top 10 uses the OWASP Risk Rating methodology to assess each flaw class and offers examples, guidelines, and best practices for attack prevention, and resources for every risk. Put simply, application developers can take concrete action to achieve a more secure application that is safer for users and protects them against malicious attacks by studying the OWASP Top 10 vulnerabilities chart flaws and learning how to resolve them.

Although the OWASP Top Ten is not a complete list of any possible security attack, it is a reference guide that describes the most common vulnerabilities that cause application breaches. Although a determined hacker may find a way into an application, strong security professionals and developers optimize their efforts and results using the list of OWASP Top Ten threats to focus their efforts for the most impact.

In fact, the changes in the OWASP Top Ten web vulnerabilities themselves prove that this system works. For example, the Identification and Authentication Failures category dropped from second place in 2017 to seventh place now. High on the list in 2017, this issue received extensive attention from developers and brought about an increase in the use of multi-factor authentication. The end result was fewer identification and authentication flaws.

At its heart, the OWASP Top 10 is concerned with the promotion of application security best practices. It assists both security professionals and developers in prioritizing security from the beginning of application development through deployment. The Top 10 helps create more secure applications by empowering teams to bake OWASP security into how they code, configure, and deliver their products.

Yes. Noname Security protects APIs in real-time and detects vulnerabilities and misconfigurations before they are exploited. The Noname API Security Platform is an out-of-band solution that doesn’t require agents or network modifications, and offers deeper visibility and security than API gateways, load balancers, and WAFs.

Noname Security aims to resolve API vulnerabilities across 4 key pillars — Discover, Analyze, Remediate, and Test. The D.A.R.T. approach to API security helps you achieve the many goals that OWASP sets forth without changing your network or sacrificing choice.

Learn more about Noname’s D.A.R.T. approach to API security and how it dovetails with the OWASP recommendations here.